'This is your president, the one responsible for everything in this country. He is not afraid of anything. He flies in fighter planes, skis down mountains and goes where there is fighting to stop wars. And all the other presidents of other countries meet him and respect him very much. And they show this on television and write about it in newspapers. Then he had so many friends -the entire country of Russia- and they elected him president. Now everyone says: Russia, Putin, Unity!'.

The improbable paragraph belongs to an introduction inserted into school books by the time Vladimirovich Putin arrived at the Kremlin in 2000. As opposed to his unfortunate predecessor Boris Yeltsin, Vlad -so his detractors refer to him in the West- revived the Soviet institutions sphere of influence, efficiently relying in the still pristine Federal Security Service (Federal'naya sluzhba bezopasnosti Rossiyskoy Federatsii, created in 1995 in order to replace the old KGB). One of the most celebrated Vladimirovich quotes arises from a newspaper article written by him -which title was 'Russia on the Threshold of a New Millenium'-: 'The State must be where and as needed; freedom must be where and as required'. Later in the same text, stigmatizes the Chechen independent effort by labeling it as 'terrorism'.

The references are linked to 'Disinformation', the latest work from Ion Mihai Pacepa, Romanian two stars general formerly in command of the DIE -the foreign intelligence service in the country-, later defected and settled in the United States of America. Among other notorious findings (which never really represented valuable news for the Western espionage), Pacepa refers to his own experience in the ground of the black arts of counterintelligence and 'dezinformatsiya' for the Communist block, foisting on Moscow responsibilities in the programmed infiltration of elusive moles inside the American diplomacy and the United Nations (particularly UNESCO), the media and cultural intoxication with the goal of naming Pius XII as the 'Nazi Pope', the creation of the Italian extremist movement Brigate Rose and the PLO (Palestinian Liberation Organization) [plus sindicating the late Yasser Arafat merely as a sad KGB puppet], and the subsequent weapons triangulation meant to serve the wave of attacks against commercial airplanes after the Six Day War. Most of this recollection refers to surrealistic scenarios where the efficient Department V of the Soviet espionage gained popularity. This dependency was the one in charge of kidnappings and extrajudicial killings -with proved connections to the Polonium 210 poisoing of the defector Alexander Litvinenko in a Londoner hotel lobby.

In her book 'The Man Without a Face: the Unlikely Rise of Vladimir Putin', the Russian journalist and author Masha Geshen quotes multiple sources to draw one of the most thorough portraits of the President of the Federation, recalling Volodya's background as protagonist of dark and risky business in the former Leningrad, and the political window of opportunity presented to him after the homicide of the democratic leader -by then notoriously popular- Galina Starovoitova, which was never solved. In the end, Putin would be introduced to Yeltsin in situ later to become the Russian messiah that would rescue the country from the 'economic spoliation' perpetrated by local oligarchs that operated against the ruble by gathering succulent portions of the Federation's GDP in exchange for coins. This never prevented Putin from nurturing leverage together with his own and favorite oligarchs and millionaires to gain popularity. The KGB propaganda apparatus did the rest, granting him an aura made of superior achievements, superhuman and strategist abilities equal to none. Carbon-copy of the grandiloquent oversizing of personalities such as Kruschev, Brezhnev or Iosif Vissarionovich (nom de guerre: Stalin, 'Man of Steel'). Meaning that, in the very end -and considering the view of well-informed analysts-, the misterious native of Leningrad (now Saint Petersburg) should be interpreted as nothing but a refined byproduct of the Muscovite intelligence superstructure. A servomechanism that perfectly fits the present needs and projections of the Russian Federation, at best.

Precisely, the review of the latest operations concocted from the Lubyanka turns out to be a feasible frame from where to disect Putin's personality. In this train of thought, Vladimirovich not only presents himself as a cultist of the late Yuri Andropov's legacy and his trend to domineer everything -press, communications, culture, justice, security- from the State angle; Putin borrows some threads of the Cold War era's counterespionage to catalyze his predilection for the proxy war. Just as Iran chose to depend on Hezbollah to launch strikes against its enemies far away from sovereign territory, the Russian President relies on well-armed and military-trained extremists to operate inside the Ukraine. While the US Department of State spends the time of its bureaucrats trying to prove the presence of Russian Army special forces (Spetsnaz) on Ukranian soil, Putin has already consolidated his objective of nurturing civil war inside occupied territory, smashing its social fabric in the process. Vladimirovich seems to have learned from the failed doctrine that pushed the old Red Army to invade Afghanistan to no avail: it is now valid to conclude that the Russian leader began assimilating the importance of exporting conflicts in proxy mode, balancing the value of assimetry in contemporary war theaters. Exploiting the benefit of the denial of atribution -the West is still handcuffed when trying to elaborate a solid casus belli in a UN General Assembly. In a nutshell, the good news multiply for Mr. Putin: the blitzkrieg he exported into Crimea and then to the Ukraine has exposed NATO and its Article V as downright useless -somehow ludicrous.

Later -and disregarding the personal files- Vladimir Putin invites experts to rethink the domain and reach of geopolitics. At least this seems to be the view of the applied mathematician and analyst of the Hudson Institute think tank, Andrey Piontkovsky. In a recently published paper for the Window on Eurasia series, Piontkovsky shared his contention:

Putin’s concern is not a 'pathological' one but rather 'a completely natural worry about personal physical security' because he 'understands perfectly the laws of the functioning of the system he has helped to build'. And in that system, those who lose will suffer the fate of Muammar Qaddafi. Putin’s

approach to Ukraine has been both 'consistent and logical at every stage', Piontkovsky continues. He saw what was happening in the Maidan as representing the possibility that Ukraine would escape 'the chains of the post-communist thieving regimes (...) and move toward the European model of economic and political competition'. In Putin’s view, such a development could eventually infect Russia as well and consequently it had to be 'liquidated in its cradle' through the defeat of the Ukrainian revolution and the discrediting of that revolution in the eyes of the Russian people.
Piontkovsky moves on, shedding light on the coincidences between Adolf Hitler's Lebenraum and a similar social proposition incarnated in Putin's doctrine:
Putin’s call for an in-gathering of the Russian lands on the basis of ethnic Russians abroad, of course, entails the same risks that were highlighted by Hitler’s call for uniting all ethnic Germans on the basis of a claim that ethnicity was more important than citizenship. Such an inversion challenges the entire international system, but Putin thinks it may save him by recasting him as 'the Messiah of the Russian World'.
Many have suggested that such a program 'will lead to a new cold war', but Piontkovsky says he 'categorically' disagrees. Instead, what Putin is doing 'will lead to a situation of relations between Russia and the West that will be much more dangerous than those in the Cold War'. During that conflict, US and Soviet leaders, at least after 1962, both 'considered nuclear weapons exclusively as a means of preventing military conflict between them and as an instrument supporting strategic stability', and consequently, they did not use such horrific weapons to threaten one another in the pursuit of their goals. But now, 'a politician who has taken upon himself the mission of restoring the Russian World by redrawing state borders and having an enormous nuclear arsenal and a relatively weak conventional army simply is condemned to proclaim' that he has 'a free hand on the entire post-Soviet space' and threaten the West with 'mutual suicide' if it interferes in any way. 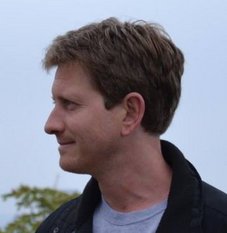