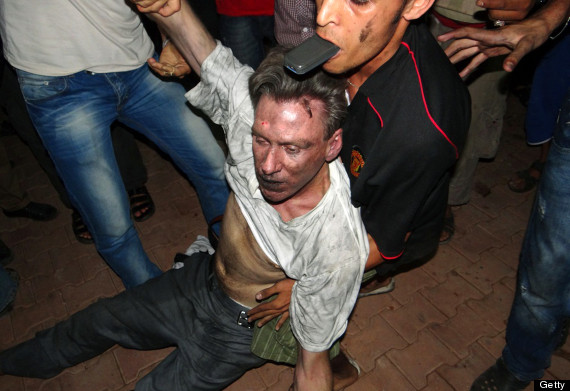 Most obviously, the security of embassy personnel was not given sufficient priority in light of growing militant movements in Benghazi. In his memo on urgent security threats to the State Department dated August 15, Ambassador Christopher Stevens pointed to at least 10 known militant groups in Benghazi. And yet the State Department sent Stevens to Benghazi on a public diplomacy mission: the opening of an American Corner in the U.S. consulate.

Under other circumstances, advancing understanding of America through American Corners and Centers, of which the State Department has more than 800 throughout the world, is a great idea. But certainly not where the most basic security is missing, leaving State Department personnel dangerously exposed.

The State Department’s strategy of combating Islamist radicalism through strategic communication also has to come under review. This job is currently undertaken by the Center for Strategic Counterterrorism Communication (CSCC), a relatively new interagency group within the State Department.

At a roundtable in June, Ambassador Richard LeBaron recounted his experience leading the CSCC for its first two years of existence. The CSCC is in fact the best coordinated in a series of attempts at strategic communication by State; it has support from the White House and the National Security Council; it has a staff with a wealth of experience, expertise, and language capabilities; and it has a strong partnership with the analytic part of the intelligence community, even extending to foreign intelligence services. CSCC’s techniques include digital engagement, tools for communicators, and guidance for specific country teams.

Yet for all this, we have seen the number of terrorist attacks (successful and attempted) on U.S. embassies on the rise, and we saw in September angry mobs throughout Muslim countries—such as those that gathered at the Cairo embassy—and beyond threaten American embassies.

Thursday’s congressional hearings, public and closed-door, are critically important in deciphering what actually happened in Benghazi in September. But beyond that, Congress and the State Department have to think about recalibrating the U.S. government’s tools for public diplomacy.