The war of nerves between Iran and Israel continued to escalate over the weekend as a prominent Iranian officer in the Islamic Revolutionary Guard Corps threatened to launch a pre-emptive attack on Israel if Tehran concluded that an Israeli attack was imminent.


Al-Qaeda May Be Hurting, but It Still Poses Threat to U.S.

In a recent article, well-known CNN national security analyst Peter Bergen claims that al-Qaeda is defeated and that it is time to declare victory over the vaunted terrorist organization...

As the Obama Administration has discovered, containing Iran’s nuclear ambitions and support for terrorism and insurgencies requires more than Washington’s willingness to “extend [its] hand.”


Are we a bunch of softies?

Is America getting soft? President Obama seems to think so: "The way I think about it is, you know, this is a great, great country that had gotten a little soft and, you know, we didn’t have that same competitive edge that we needed over the last couple of decades. We need to get back on track".

Yesterday, America learned that Iran conspired to launch a terrorist attack in Washington, D.C., with a planned assassination of the Saudi ambassador and bomb attacks on the Saudi and Israeli embassies. 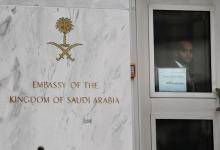 U.S. authorities announced today that they disrupted an Iranian plan to commit a “significant terrorist act in the United States,” making it the forty-second thwarted terrorist attack against the homeland.


The U.S. in the Obama Era: Superpower or Doormat?

Sometimes the writing on the wall is 10 feet tall, and you have to be willfully blind not to see it. The September attack on the U.S. embassy in Kabul on September 13, which has now been linked to Pakistani secret service officials, is surely such an instance.

Last week, the Bipartisan Policy Center’s National Security Preparedness Group (NSPG)—a follow on to the original 9/11 Commission—reported that, 10 years after 9/11, nine of the 41 recommendations made by the commission remain unfulfilled. With scores like that, this report card certainly isn’t going to make it on anyone’s fridge.