In Vietnam, the United States grasped defeat from the jaws of victory. As documented in Mark Woodruff's "Unheralded Victory: The Defeat of the Viet Cong and the North Vietnamese Army, 1961-1973," the enemy were defeated in battle, the insurgency was crushed, and "Vietnamization" (building out the south's defense forces) was well under way.

Then we abandoned our allies. Congress cut off all support. When Soviet-backed North Vietnam promptly violated the peace treaty and invaded the South, we shrugged and turned our back.

In the end, America lost more than Vietnam. Sensing weak American resolve, the Soviets went on the offensive in Asia, Latin America and Africa. U.S. power was in retreat on almost every front ... until Ronald Reagan came along.

Afghanistan may indeed turn out like Vietnam. President Obama's strategy places a premium on getting out rather than finishing the job. A premature drawdown will hamper the military's capacity to deal with many threats in the region, the Jalaluddin Haqqani Network, to name just one. 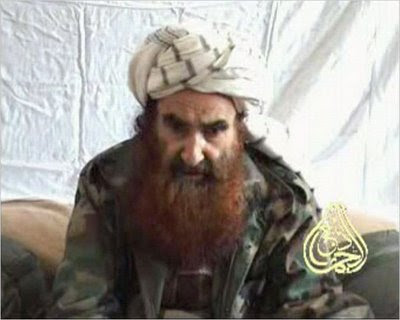 This little-known group has been linked to terrorism and criminal enterprises in Northwest Pakistan for years. They broker passage through Pakistan's tribal territories into the Afghan provinces of Khost, Paktika and Paktia. Their support allows the Taliban to keep funneling fighters and materiel into east Afghanistan.

The Haqqani network lacks al Qaeda's "high profile," but its leaders embrace the same extremist rhetoric. For example, in a 2010 interview on a "Jahdi" Web site, the normally reclusive Sirajuddin Haqqani (son of Jalauddin Haqqani) declared, "The Crusaders' assaults against Afghanistan aim primarily to establish Greater Israel. ... We believe that defeating the United States in Afghanistan will help to hinder this Crusade against the Muslim world."

The Haqqani Network is thought to have thousands of fighters at its command. It also has al Qaeda, Taliban and ISI (Pakistan's intelligence service) contacts on speed dial, and a lot of blood on its hands. It has directly supported numerous attacks inside Afghanistan, including two separate assaults against civilians in the Indian Embassy and the Serena Hotel in Kabul. Indeed, it may turn out they were involved with the most recent attack on the Inter-Continental as well.

The Haqqanis also operate as an Afghan version of the Mob. According to Jeff Dressler, an analyst at the Institute for the Study of War, "contractors and district elders in Loya-Paktia [district] pay protection money to Haqqani affiliates, sometimes as much as half the money received for reconstruction and development projects." Moreover, he reports, "the Haqqanis also earn revenue from criminal enterprises such as chromite and timber smuggling and, to a lesser extent, kidnapping and extortion."

The Haqqani network is a potent force within Pakistan, too, although because of its close links to ISI, it has not been linked to terrorist attacks inside Pakistan. While the ISI may resist recognizing the Haqqani network as a threat, Islamabad must not be allowed to look the other way.

The U.S. must encourage Pakistan to pressure the group into Afghan reconciliation talks. One way to do this: letting the U.S. conduct an aggressive drone campaign against Haqqani camps in the tribal areas.

Unfortunately, President Obama's decision to speed up the drawdown makes it a lot harder to persuade Pakistan to get tough -- or at least let us get tough -- on the group. And there will be far fewer soldiers available to go after the network's fighter-and-supply pipeline in eastern Afghanistan.

If the Haqqani network is still standing strong in 2014, when Obama insists the U.S. will be done, then Afghanistan may well become Obama's Vietnam -- an American failure plucked from the jaws of victory.

* James Jay Carafano is a senior research fellow for national security at the Heritage Foundation.

First appeared in The Examiner