The word is out that all U.S. troops will be withdrawn from Iraq by the end of the year. While every American shares the conviction that we don’t want any U.S. troops stationed in a Middle East country a day longer than they need to be, it is tragic to see a premature exit of U.S. troops that might jeopardize the progress that has been made in Iraq.

Rather than a symbol of success, the withdrawal of U.S. troops seems more like the outcome of an Administration in retreat.

With Syria in turmoil, Iran on the march, a more isolated Israel, and Turkey’s ever-more ambivalent policies, now is the worst time to see a diminished U.S. influence in ensuring continued progress in Iraq. A total troop pullout will leave Iraqi security forces much more vulnerable to terrorism, sectarian conflict, and Iranian meddling, and it will leave them much less capable of battling al-Qaeda in Iraq and pro-Iranian shia militias. 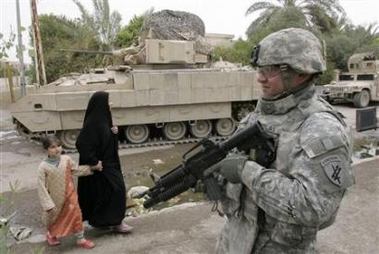 In part, Obama and his Obama Doctrine are to blame for the Iraqi government walking away from U.S. support—though it knows this premature decision makes the future of the country’s peace and prosperity risky business. The Obama Administration’s clear preference to disengage from Iraq as quickly as possible has made it more difficult to negotiate with Baghdad from a position of strength. Iraqi leaders, sensing the Obama Administration’s eagerness to head for the exit, are reluctant to take political risks to give U.S. troops immunity from prosecution. This was a deal-breaker.

Now the Obama Administration’s policy for the Middle East is moving from leading from behind to watching from the sidelines.

To make matters worse, the withdrawal from Iraq will do little to stem the impending military readiness crisis. Projected defense cuts even before this announcement will not leave the Pentagon with sufficient funds to pay for current operations, maintain a trained and ready force, and prepare for the future.

As a result, in a few years Obama’s Middle East will be a very unsettled place, and the U.S. will have a greatly reduced capacity to defend its own interests.