It is a safe bet that Daniel Ortega will be Nicaragua’s next president on November 6. As leader of the disciplined Sandinista party, the 65-year-old former Marxist-Leninist rebel faces a fragmented and poorly funded opposition.

He has a robust campaign chest thanks to nearly $2 billion dispensed over the past four years by his Venezuelan soul mate, Hugo Chavez. He exercises increasing influence over, or outright control of, most Nicaraguan television and radio stations.

Despite these advantages, Ortega may also resort to electoral fraud on a massive scale. If he does, the U.S. should be prepared to challenge the legitimacy of the elections and potentially cut future economic assistance.

Heading into the presidential elections, Ortega’s high trump remains the corrupted Supreme Electoral Council (CSE), the fourth co-equal branch of government. Its Sandinista members engineered a massive and flagrant fraud during the municipal elections of 2008, stealing between 40 and 50 mayoralties, including in the capital, Managua.

The CSE, which is under Ortega’s control, has announced that there will be no electoral observation but only “accompaniment” and that it will be on the government’s terms. It has yet to make clear whether this is a mere semantic difference or an attempt to limit electoral vigilance. Whatever the case, the invitation to “accompany” did not come until well into August and has met with numerous bureaucratic obstacles. The European Union says that it will send a small observation team, but it still complains that the CSE has not clarified the conditions. The Organization of American States (OAS) has offered to send a group but cannot find financing. The Carter Center, which has observed every Nicaraguan election since 1990, has decided to stay away this time because of delays in setting observation rules. 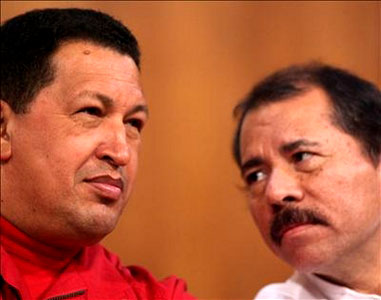 Nicaraguan civil society groups that have observed previous elections (such as the highly respected Etica y Transparencia and IPADE) and newer, non-partisan organizations (such as Hagamos Democracia), still have no legal status to participate as observers. Etica y Transparencia, in fact, has decided to forego legal sanction, knowing that it would likely be denied. Instead, it will take the risky step of sending its thousands of observers to the polls on election day without CSE permission.

Why, though, would Ortega resort to any sort of skullduggery? Why would he not allow unfettered observation? After all, poll after poll indicates that he will attract between 38 and 48 percent of the vote, more than sufficient to give him a first-round victory over the splintered and quarrelling opposition.

His nearest rival, Fabio Gadea, an octogenarian journalist and radio owner of impeccable democratic credentials and unimpeachable integrity, is somewhere between 18 and 25 percent. Next in line, discredited former president Arnoldo Aleman, who is alleged to have made off with about $100 million during his tenure, fails to reach double figures in most surveys. Two other opposition candidates are also campaigning, but together they command no more than 2 or 3 percent of the public’s favor.

In addition, and in stark contrast to the Sandinistas, the opposition lacks money. Their traditional sources for financing, prominent members of the private sector, have said often that unless the opposition coalesces around a single candidate, the business community will keep its purse closed. But there may be another, equally compelling reason: The Ortega government has pursued prudent macroeconomic policies and maintained labor peace, both of which benefit businesses. These factors, along with the Central American Free Trade Agreement and record high prices for the country’s principal commodity exports, have led to a modest economic boom in Nicaragua.

Still, Ortega is taking no chances. He thought he would win overwhelmingly in 1990, and every poll suggested he would, but when the hour of reckoning arrived, he lost decisively. He fears the same might happen again, that the people are lying to the pollsters. It is what Nicaraguans call the Gueguense, or the art of the clever deception. So, no matter what the polls indicate, no matter how divided the opposition, no matter how stuffed their campaign coffers, the Sandinistas will use the CSE to rig the process and, if necessary, the results.

Another issue related to the elections, which has been all but unmentioned during the campaign, is the legitimacy of Ortega’s candidacy. The Nicaraguan constitution is clear: No one is allowed to serve more than two terms as president, and no one can serve consecutive terms. Ortega is disqualified from running on both counts. He made an attempt in 2008 and 2009 to amend the constitution to allow for his re-election but failed. So he resorted to the Supreme Court, which he also controls.

While opposition magistrates were attending a conference in Spain—and over a weekend—Sandinista judges from the Constitutional Chamber of the Supreme Court met and quickly declared that the provisions that limited Ortega to two terms and prohibited consecutive terms violated his human rights.

The judge who wrote the decision was summoned by the Foreign Ministry to explain the case to the ambassadorial corps. He described what he called an “antinomy.” Yes, he said, the constitution was explicit, but the drafters must have been ignorant of “the Declaration of the Rights of Man and of the Citizen,” written during the French Revolution, and of the U.N.’s “Universal Declaration of Human Rights,” both of which supported the Supreme Court’s decision. The magistrates, he said, had to choose between two legitimate principles—the antinomy—and had decided that the constitution had the lesser claim. The constitution was, in effect, declared unconstitutional.

Jurists, including many disaffected Sandinistas, denounced the decision. Newspapers published editorials and op-ed pieces, all calling into question how and why it was done and noting the dire effects it would have on the country’s institutions. Opposition politicians joined the chorus and threatened to overturn the decision in the legislature.

Ortega had clearly wrong-footed his foes. If they refused to recognize his candidacy as legitimate and boycotted the election (as they had done in 1984 for other reasons), he would run unopposed and claim a mandate. But if they contested the elections, they would implicitly condone the judicial outrage. They decided on the latter course. The international community, including the United States, had little choice but to acquiesce in this approach, and for the same reasons.

As Nicaraguans opposed to the Sandinistas prepare to go to elections in November, they are confronted by the front-runner’s illegitimate and illegal candidacy and by the ruling party’s manipulation of the election processes. They worry about effective, credible electoral observation. They suspect that if, despite all the advantages enjoyed by the incumbent party, Ortega loses the election at the polls, the CSE will steal it during the count.

The U.S. government has come to ignore or tolerate many of these clearly undemocratic actions by the Sandinistas and will likely continue to abide them if they get no worse, despite Ortega’s strident anti-Americanism. But if these elections are as marred by fraud as were the municipal elections of 2008, the U.S. should:

A Call for U.S. and International Action

Ortega has done just enough to date to avoid provoking a strong negative reaction from the U.S. and the international democratic community. If, however, he does engage in wholesale fraud in a national election, the U.S. and others should call him to account and expose his increasingly corrupt and authoritarian government.

Ambassador Robert J. Callahan is a retired career foreign service officer who served as the U.S. ambassador to Nicaragua from 2008 to 2011. Ray Walser, Ph.D. , is Senior Policy Analyst for Latin America in the Douglas and Sarah Allison Center for Foreign Policy Studies, a division of the Kathryn and Shelby Cullom Davis Institute for International Studies, at The Heritage Foundation.