The Defense Sequestration Is Only Part of the Pentagon’s Woes

As most commentators are focusing on the impending massive defense cuts that will devastate the military readiness of America, is it possible that this is only a part of the problem? The Department of Defense (DOD) is facing other symptoms of leadership failure.

“We love it [in the United States],” Anurag Bajpayee told The Washington Post. He’s a 27-year-old from India who’s doing post-doctoral mechanical engineering work at the Massachusetts Institute of Technology (MIT)...

Members of Congress—who are about to debate raising the debt ceiling tomorrow—should have paid attention yesterday. The President was very clear that he sees no urgency about reducing the debt and cutting the deficit.


What IS the Fiscal Cliff for the United States?

With just a few weeks left in 2012, all eyes in Washington are on Capitol Hill and the “fiscal cliff” negotiations. As usual, Congress and the President are taking highly contentious issues down to the wire before cutting a deal—never a situation that ends well for taxpayers.

For nearly 100 years, America has been celebrating on November 11. Originally it was to remember the end of the First World War that was supposed to be the one that would end them all.


Obama at U.N. in Defense of Free Speech—Sort Of

After hiding in the Ecuadorian embassy in London for two months, Julian Assange was granted asylum in Ecuador yesterday to avoid extradition to Sweden, where he is wanted on charges of two counts of sexual assault.

The “Arab Spring” arrived in Damascus with a vengeance this week—despite the brutal repression meted out by the Assad regime.


ObamaCare: Top Ten Reasons Why It's Wrong For America

President Obama wants Americans to believe they can keep their insurance if they like, but research from the government, private research firms, and think tanks show this is not the case. The economic incentives plus a government-run health plan as proposed in the House bill (H.R. 3200), would cause 88.1 million people to see their current employer-sponsored health plan disappear...

The United States was born when rebellious colonists declared their independence from an imperial ruler who had vastly overstepped his bounds. “The history of the present King of Great Britain is a history of repeated injuries and usurpations, all having in direct object the establishment of an absolute Tyranny over these States,” they wrote in their Declaration of Independence...

A speech by Chinese leader Hu Jintao, who is head of the powerful Central Military Commission that oversees the Chinese People’s Liberation Army (PLA), has attracted a fair amount of attention. 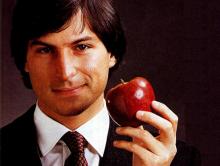 Steve Jobs, who died yesterday at the too-young age of 56, was a living refutation of all what liberals constantly tell us about our country — that we’re falling behind others and live now in a “post-American world,” as one of Barack Obama’s favorite books puts it in its title.