Sequestration’s Shadow on the Defense Industrial Base

Unless the President and Congress change current law, the men and women of the U.S. Armed Forces will soon face an indiscriminate, across-the-board cut of more than $500 billion over the next decade.


EMPs: The Next Great Threat to America

Last night at The Republican National Security Debate, hosted on CNN by The Heritage Foundation and the American Enterprise Institute, an electromagnetic pulse attack (EMP) was mentioned as one of the most important national security issues that is not discussed often. This is true. Despite the gravity of the threat, the United States remains unprotected from the effects of an EMP...


Chart of the Week: Cutting All Defense Spending Would Not Solve Debt Crisis

House Armed Services Chairman Buck McKeon (R-CA) is a man on a mission. He’s making the rounds on Capitol Hill to convince his colleagues, particularly those on the 12-member Joint Select Committee on Deficit Reduction, that they should avoid cutting defense spending... 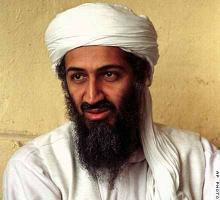 A necessary vindication of selective assassinations

The decision to exterminate Osama Bin Laden is welcomed by all decent people, or at least it should be. Permission to capture or kill this terrorist -proven murderer of masses and innocent people- was given by American presidents Barack Obama and George Bush (Jr). It was both a legal and moral decision.

The flaming early stages of the conflict between Venezuela and Colombia and the emergence of Suriname in the theatre of operations. Understanding the Venezuelan president's strategy.